Headed out on some trails once again with my buddy K. This time to the Manastash Ridge Road area, which is west from Ellensburg, WA and South from Thorp, WA.

Following Mantash road to Barber Springs Road eventually gets one to NF-1701 and up along the ridge. Some of the views are stunning; with vertiginous cliffs, rolling evergreen covered hills and distant views of the craggy Cannon Mountain and even Ellensburg.

As is usual for the area south of Cle Elum the roads are made up of mostly crushed rocks from the surrounding hills. Expect the road to be made up of lots of baby-head sized rocks, some very sharp. Air down those tires. That being said, it appears in some parts that the road in this area have been given a once-over with a grader blade this spring season; not that a grader blade will do much of anything to a road made with rocks and a little clay. But every little bit helps after a dry winter season.

These are at about 5500 feet elevation:

As we were leaving we noticed this small cave along Mantash road. It’s hard to tell if this is some old mining claim or if it’s some natural formation. If it was a mining claim they didn’t get far before calling it quits. The rock directly above is heavily fractured and appears to be in a constant state of accelerated disintegration. It felt like the whole structure would collapse at any second. It was also really difficult to keep one’s footing on the scree as it would unexpectedly move and slide beneath you. 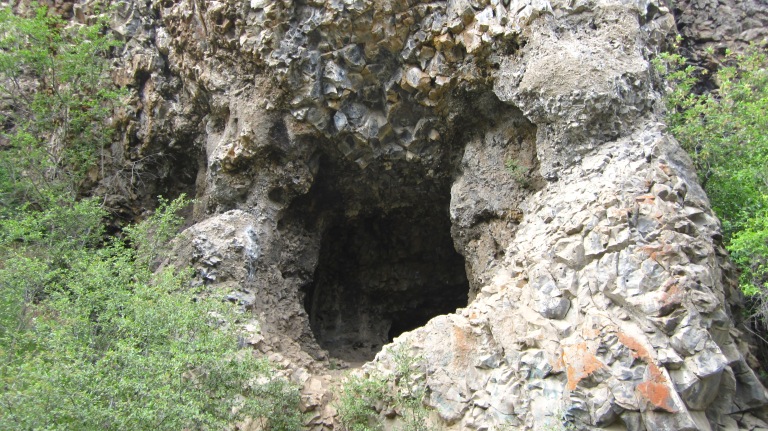 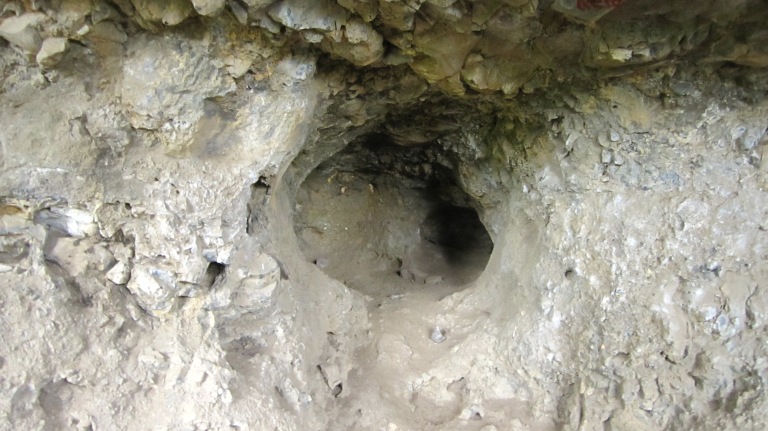 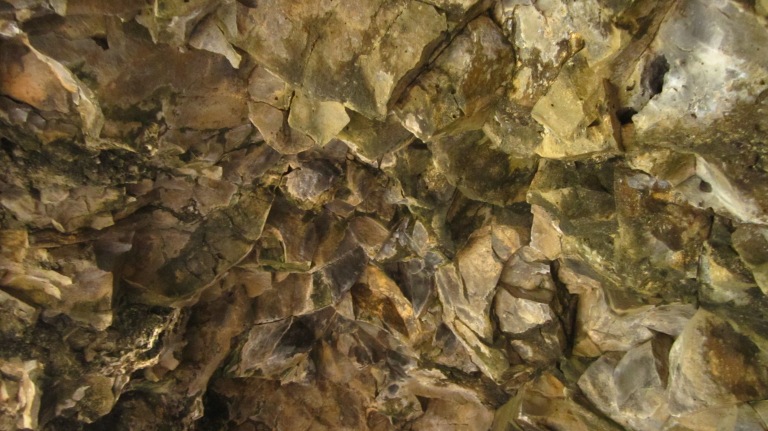 One of the aspects of driving on dirt roads that I like is the way some trails will slowly ease you back into civilization. Mantash Road is interesting since the way out of the mountains is by way of a sparsely populated dirt road with homes, retreats and views of the canyon walls.  The further down you go the more large homes emerge as well as somewhat strangely institutional-looking complexes appear on both sides. As you break out onto the flatland the grass farms quickly spread out around you. Some have huge homes on them and others are working farms with picturesque dilapidated barns and herds of beef cows.

Intense clouds as we headed back West on I-90: